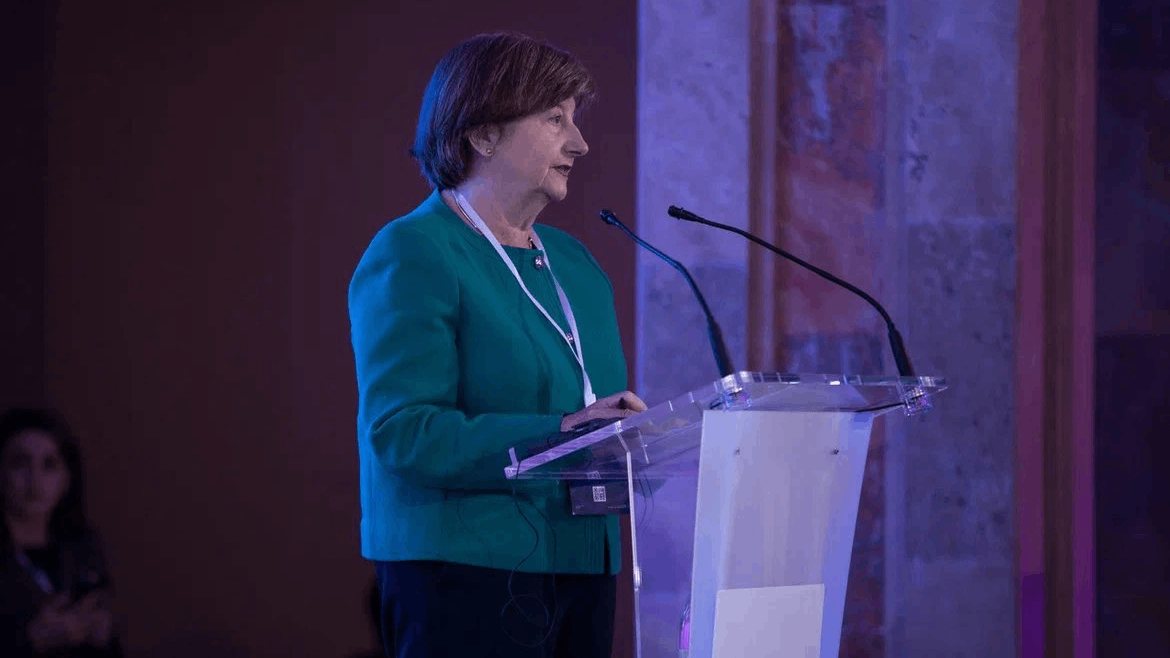 On 12 December 2022, GAAMAC Chair Silvia Fernandez was invited to speak at the 4th Global Forum against the crime of genocide in Yerevan, Armenia.

I am honored to be part of this 4th Global Forum against the crime of genocide, in my capacity of Chair of the Global Action Against Mass Atrocity Crimes, known as “GAAMAC”.

The GAAMAC is a global network of states, civil society and academic institutions that seek to promote the establishment of national architectures and policies for the prevention of genocide and other atrocity crimes. GAAMAC is a state-led initiative composed of 12 Steering Group members, 23 partners, and three informal alliances with intergovernmental organizations, including UNESCO, the International Holocaust Remembrance Alliance (IHRA), and the OSCE Office for Democratic Institutions and Human Rights.

GAAMAC is proud of working together with the Office of the UN Special Adviser for the Prevention of Genocide, Ms. Alice Nderitu, who is among us today. GAAMAC is also very pleased to count Armenia, our host, among its state partners.

I praise the organizers for focusing this Forum on the prevention of genocide in the era of new technologies.

Genocide is certainly not born out of new technologies. It suffices to look back into history to recognize that evil does not depend on sophisticated means to materialize. However, it is obvious that technology can contribute to disseminate prejudice, facilitate links amongst its promoters, and amplify man´s capability for destruction. New technologies are, no doubt, part of the problem.

However, as reflected in the excellent program of this Forum, new technologies can also be part of the solution by providing formidable tools to prevent genocide, protect societies and advance accountability efforts, including through the production of new forms of evidence to document crimes and bring perpetrators before justice.

As it is now well known, genocide does not happen overnight. It is the culmination of a long process, which often begins with words, with hateful messages. As learned from tragic recent experiences, such messages may be effectively transmitted through conventional and even rudimentary means of communication. However, it is clear that new technologies, which have radically changed the way we work and communicate, enhance the ability to transmit, amplify and generate prejudice and intolerance, which can potentially escalate into violence and mass crimes.

GAAMAC recognizes in hate speech a very serious precursor of violence and has sought to actively contribute to current debates on this matter. Last year, it dedicated its entire fourth global conference to discussions on “strengthening national efforts to address hate speech, discrimination and prevent incitement”.

In the work leading to the Conference and as part of its aftermath, GAAMAC mobilized its community around this topic throughout 2020 and 2021. Among other initiatives, it organized a series of online discussions specifically on “decoding hate speech” together with its partner, the Montreal Institute for Genocide and Human Rights Studies (MIGS)

As this topic will also occupy one of the panels of this Forum, I would like to share four main recommendations that emanated from these online series that could be helpful for further discussions:

First, technology can be weaponized. The main difference between online and offline hate speech is the reach and scale that social media platforms offer. An individual can not only be a consumer but also become an anonymous producer of dangerous content with a greater and potentially transnational reach.

Second, technology can be a helpful amplifier of counter-narratives, that is  “be part of the solution”. Online tools can indeed be used for fact-checking to counter hate speech and the harmful effects of misinformation. Technology can also be used for monitoring hate speech as an early warning indicator of discrimination and potential violence.

Third, self-regulation by Big Technology companies is not enough. They are not properly equipped to detect context-specific hate speech. Therefore, social media platforms need to adapt and enforce policies according to international standards.

Finally, a piece of good news, monitoring social media for hate speech and incitement has helped reduce violence in some countries during elections. However, the right to freedom of expression, should always be respected in combatting hate speech. Indeed, in some cases, the shutdown of media and social media has raised concerns over the risk of limiting freedom of speech and the media.

I am confident that we will have the opportunity to explore in depth these conclusions and other important topics covered by this Forum. I look forward to our discussions.

I thank you for your attention. 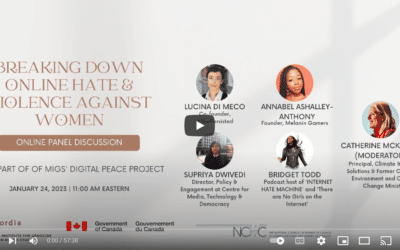 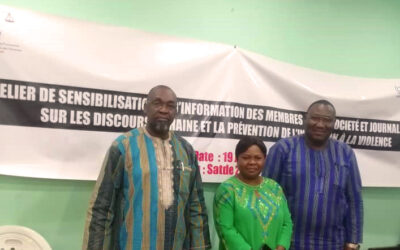 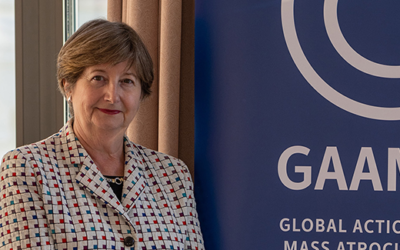